Rockleigh Vineyard, just 5km south of Young in the Hilltops Region in Southern New South Wales, was a neglected plum orchard when it was acquired by Chalkers Crossing.  The orchard was converted to a modern 10ha vineyard in late 1997 with the planting of Riesling, Semillon, Shiraz and Cabernet Sauvignon.  The first crop from these vines was harvested in early 2000.

Kylmorn Vineyard, 7 kms south of Young in the Hilltops Region, is the latest acquisition of the owners of Chalkers Crossing.  It is a 17ha sustainably managed vineyard planted in 2002 with Riesling, Chardonnay and Shiraz.

The red sandy loam soils of the Hilltops Region were recognised long ago as prime land for growing stone fruits, particularly cherries.  Young is known as ‘The Cherry Capital of Australia’, although many different fruits are grown in the region.  The combination of fertile soils, reliable rainfall and a Mediterranean continental climate makes the Hilltops Region ideal for growing premium quality grapes for wine production.

Wine grapes were first planted in the region in the late 1800’s during the gold rush era.  The industry fell into decline until the 1980’s when grapes were planted in what is now McWilliams’ Barwang vineyard.  In the past 20 years there has been an acceleration of wine grape plantings in the Hilltops with over 400 hectares of vines producing over 3,000 tonnes of wine grapes annually.  The majority of current grape production is sold to large multinational producers of wine outside the region, with only limited production of wine within the Hilltops Region.

To compliment its Hilltops range of wines, Chalkers Crossing buys grapes from the cool climate Tumbarumba Region of southern New South Wales to make Chardonnay, Pinot Noir and Sauvignon Blanc.  All Chalkers Crossing wines are made at its modern winery just north of Young. 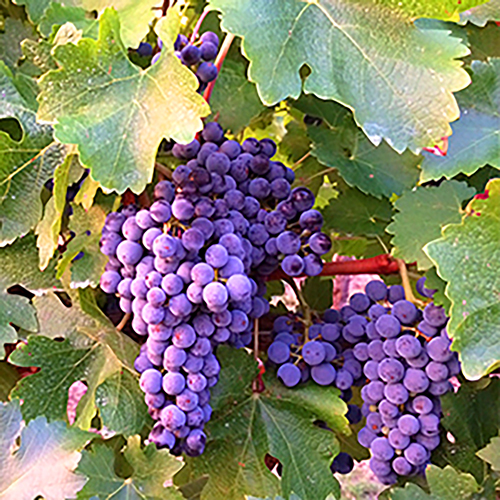 Chalkers Crossing commissioned its state-of-the-art winery just north of Young, NSW, in March 2000 – just in time for vintage.  The winery has all the modern winemaking equipment necessary to produce the highest possible quality of wine from its grapes.  Equipment includes a Vintek pneumatic press; a Bucher crusher / destemmer and must pump; and over 200,000 litres of stainless steel, temperature controlled storage and fermentation tanks.  In addition, the winery has eight large temperature controlled rooms to provide the winemaker with the ability to control the process at all stages.  After our recent upgrade, production capacity has increased from 7,000 to 14,000 cases per year.

Our winemaker Celine Rousseau was born in France, studied in Paris and trained in Bordeaux.  She gained experience in Bordeaux, Champagne, St Emilion and Languedoc in France, and in the Margaret River and Perth Hills in Western Australia before coming to the Hilltops Region in 2000 for the first Chalkers Crossing vintage.

Celine became an Australian citizen in 2002.  Celine’s skills and experience are evident in the quality of our wines and recognised by the awards they have received. 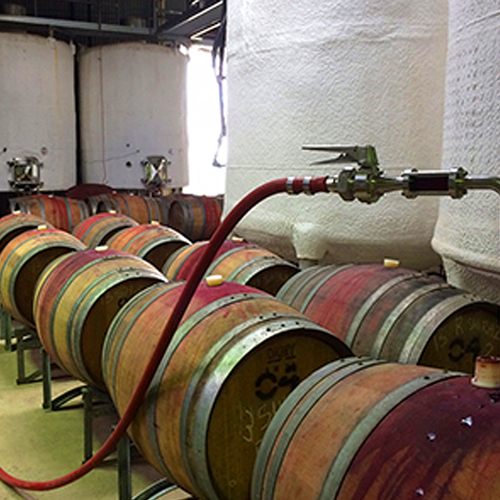 Xanthe comes from a winemaking family and has lived in the Hilltops for over 15 years.

Will currently oversees our 27 hectares of beautiful vineyards, and has had wide experience with many large vineyards, in Hilltops and the Hunter Valley.

Gordon is an integral part of the Chalkers Crossing team assisting in all aspects of winemaking.